Skip to main content
Work for a growing company that puts patient care first. Join our team! >
Our Blog

For nearly a year and a half, news and social media feeds have been filled with election talk, much of it negative, nasty and fierce: Rigged elections, immigrant deportation threats, sexual assault, corruption, foreign hacking. It’s enough to make even the most well-adjusted people feel anxious.

For people who have endured traumatic experiences, the talk can re-traumatize, therapists say. And for children who are absorbing and observing their parents’ tension and fears, school discussions can upset, too. 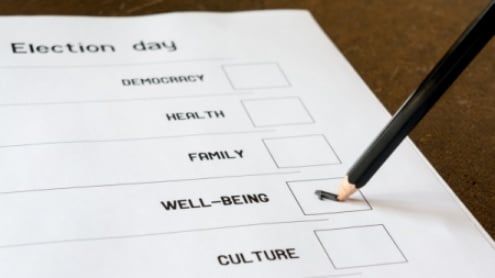 Your most important vote is for your own well-being.

With the election finally decided, behavioral health professionals say it’s especially important to pay attention to negative feelings that may arise. Unplugging, focusing on self-care, keeping a long-term perspective, and finding personal fulfillment offer healthy ways out of this stressful place, regardless of who won or lost.

The American Psychological Association recently released early findings from its upcoming Stress in America survey. The group found significant reported feelings that the election was a somewhat or very significant source of stress, regardless of party affiliation.

Of note, people who frequently used social media were more likely to report that the election was a very or somewhat significant source of stress, about 54 percent, compared to 45 percent for others. Younger people were almost as likely as seniors to report feeling election stress. And people with disabilities were most likely to report election stress, with 60 percent saying it was a very or somewhat significant stressor.

Therapists at Chrysalis Health have these suggestions for managing the emotions and concerns of the election:

Remember, regardless of who wins or loses, these strong post-elections emotions are temporary. They will subside, likely within a week, and life will go on.

A Culture of Belonging, Inclusion and DiversityA History of Leading Behavioral Healthcare